In 1910, the alumnae chapter in Washington DC was chartered.  In the middle of World War II, gasoline was rationed, and since the only Tri Delta Alliance in the area was in Washington, D.C., our Northern Virginia Tri Deltas couldn’t squander gasoline for treks to Alliance meetings in DC.  Instead, our Northern Virginia Tri Deltas met informally to play bridge or just to chat over a cup of coffee.  At the end of the War, the informal group grew.  Our sisters organized and had formal meetings with programs and refreshments.

Many of the Northern Virginia Tri Deltas continued to attend Washington Alliance events and support its activities.  But when, in 1951, the Fraternity advocated that the area groups form separate clubs or alliances, our Northern Virginia Tri Deltas jumped at the chance.  The application petition, with 35 signatures attached and $1 each for Fraternity dues, was filed with Executive Office, and on September 8, 1952, the letter granting the charter was signed by Eileen Blain Rudolph, Alumnae Secretary of the Fraternity. Elise Barnes Hardy, the founding president of the Northern Virginia Tri Delta Alumnae Alliance, had the pleasure of announcing that henceforth, the group of Tri Deltas who had formed during the War years, would be known as the Arlington (Northern Virginia) Alliance of Delta Delta Delta.  In 1956, Alliance was changed to Alumnae Chapter.  And in 1981, they dropped “Arlington” from the Chapter name to more accurately reflect the area covering our Chapter’s membership.

Bridge parties, fashion shows, selling wrapping paper, cards, pecans, candy, and poinsettias, garage and bake sales, consignment shops – there was very little we didn’t do to support our chapter’s philanthropic causes.  Then came the Chapter’s famous (infamous?) cookbooks.  Cooking in 3D was introduced in 1964 and Delta Delicacies in 1980. Many of our members graciously stored extra copies of these cookbooks in their homes (and swore they reproduced themselves over the years)!  Another success for the Chapter were the platelet drives held in conjunction with NIH.  Platelets, removed from the blood of healthy donors, are crucial to the treatment of leukemia, aplastic anemia, cancer and other blood diseases.  Over the years, our Chapter has contributed over a quarter of a million dollars to the children’s oncology programs at Children’s National Medical Center in Washington, D.C., INOVA Children’s Hospital in Fairfax, Virginia, and St. Jude Children’s Research Hospital in Memphis, Tennessee, Tri Delta’s national partner in the fight against children’s cancer.

The Washington DC Alumnae Chapter became the Montgomery County, Maryland Alumnae Chapter in 1983 – then returned to the Washington DC Alumnae Chapter. Our philanthropy efforts also produced the Northern Virginia Alumnae Chapter Undergraduate Scholarship Fund, endowed through and administered by Tri Delta Foundation. In 2018, we renamed this fund to the Barbara Downey Freson Undergraduate Scholarship in honor and memory of one of the most loyal proponents of the scholarship. The original funds, raised through the famous cookbook sales and other fundraising activities, were donated to The Foundation at Convention in 2002.  Over the last decade, the chapter awarded $500 and $1,000 scholarships to collegians at several Virginia universities. Our endowment continues to grow and we are now able to award $1500 or more each year, and we plan to supplement this endowment to achieve a $2000 scholarship award in the coming year.

Traditions run deep in our Chapter as we joined together.  While some of our events change each year, Meet the Members and Founders’ Day celebrations have been held every year since 1952!  Our events have included member-prepared dinners and dessert parties or luncheons, and others willingly sponsored by members at area clubs.  And several of our members have graciously, and without hesitation, opened their homes to us year after year — to them we owe a special note of gratitude.

We moved to virtual events in 2020 due to the pandemic and restrictions on in-person gatherings. We hosted virtual happy hours, networking panels, Tri Delta Bingo, Book Club, Mystery nights, Pansy Brunch and Founders' Day, and Movie night, just to mention a few. However we hold our Chapter events in the future, they are all celebrations of our sisterhood, based on Tri Delta’s principles.  We remember when we’ve supported our sisters through times of illness, loss, joy, need – all given unselfishly.  We follow what Sarah Ida Shaw Martin hoped for when she said, “… I want Tri Delta to reach out and lay loving hands on all those who have ever been a member of her family.” 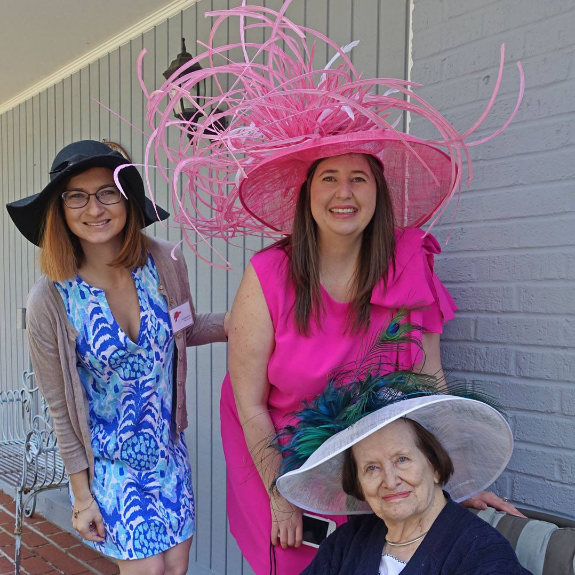 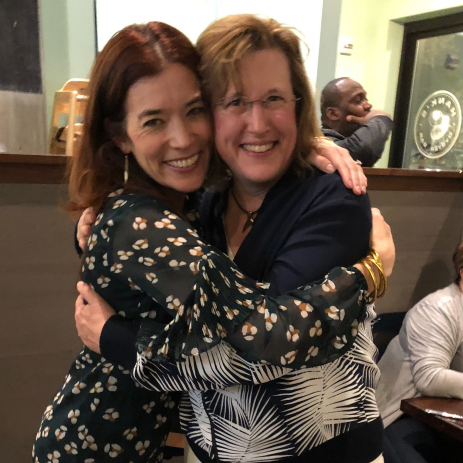